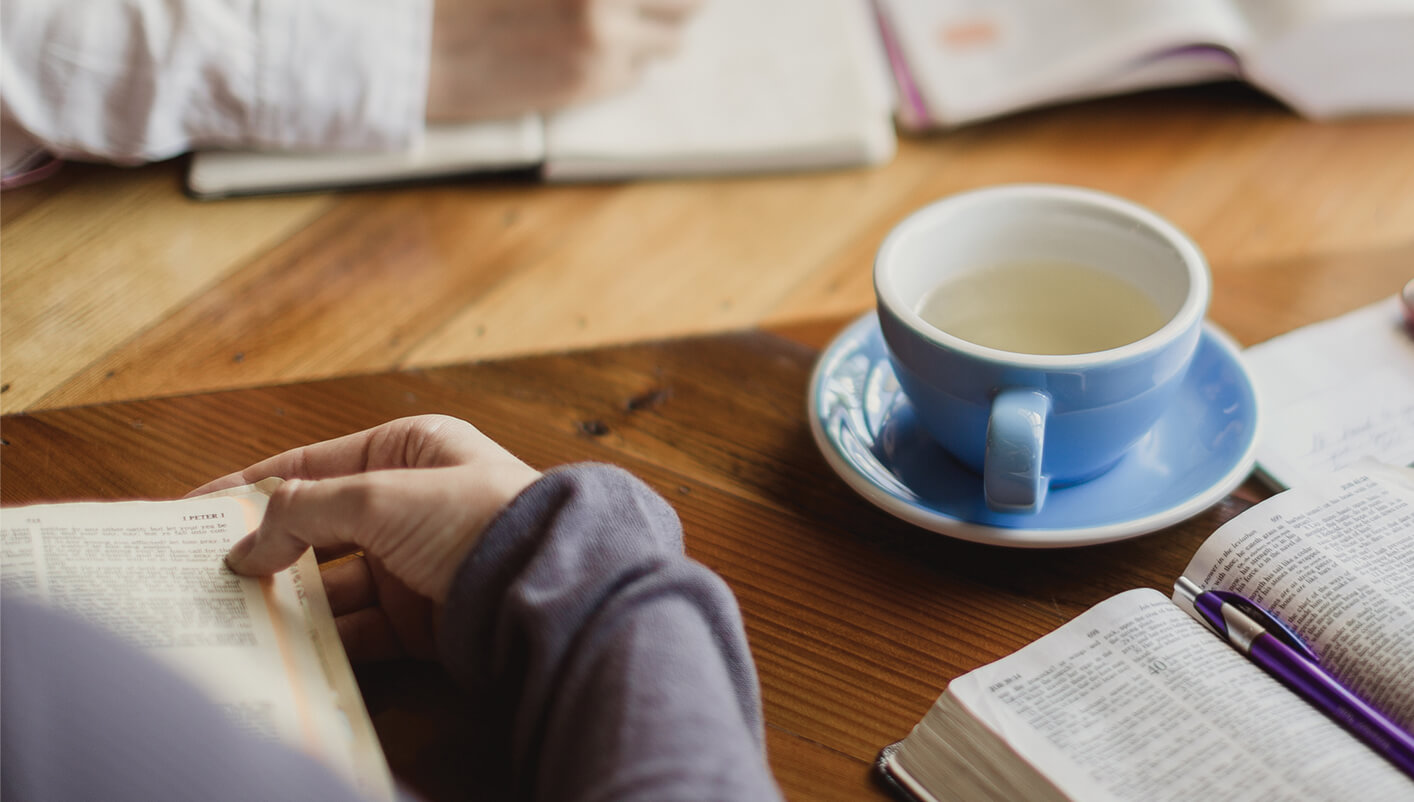 Seize the Opportunities that God GIves You

Seize the Opportunities that God GIves You

I had such a great discussion with my Men’s group last week. (If you’re not in a small group , why not?!) Through the course of that conversation, I had some real eye-opening moments, and this is one of them.

I thought to myself, “I should really write a post about this; I’ll have to do that sometime.” But I know what that means -- there’s a good chance that it will never get done.

“I know! I’ll make myself some notes so that I can come back to it later, when I have time.” Of course, I’ve got gigabytes of great ideas that aren’t ever going to go anywhere because I’ll never just “have” time to do them. And here’s why:

Because the days are evil.

I know, that sounds harsh. But those aren’t my words; I found them in Ephesians 5:16. It says there that the days are evil ( pon?ros ), which means not just that the days are bad, but they are full of hardships and difficulties. The days - not just the daytime, but the whole period of 24 hours - are chock full of things that frustrate us, make us angry, fuel our sense of shame, and inspire us to bury our heads in denial or throw up our hands in disgust.

And so, if time just “shows up” for me to do something meaningful and fulfilling, there’s a good chance that I’m missing something else. Somewhere, a child is neglecting his homework. Some laundry is not getting folded - or maybe not even getting washed in the first place. A dinner isn’t getting made. A Zoom meeting is being missed. A long overdue conversation isn’t happening.

You get the point; even during this time of stay-at-home, issues of time don’t just resolve themselves. Real, genuine, productive things aren’t going to “just happen.”

“Well,” you may be thinking, “they kind of are. I know more about my co-workers family than I ever did before because now, when we’re on Zoom, I’m seeing their kids jump around in superhero costumes in the background - and now I know their lives are just as chaotic as mine. And we’ve had dinner as a family almost every night these past few weeks, and we couldn’t make that happen for years. And I’ve seen my sisters more digitally in the past two weeks than I have in person in months....”

Okay, I’ll give you that. If we’re honest, most of us are having at least some experiences that we didn’t really plan or create, but we look back at them and say, “that was a happy accident; why didn’t I do this before?” But, I’ll wager, for every one of those things, we’ve got several other things that we’re not doing, that we feel we should be doing, that we can’t seem to start doing (or our family refuses to help us with) that would make our lives better, easier, or more productive.

And, since we’re being honest here, I’ll bet there are also a whole bunch of things that, if we stopped doing them, we would be able to do many of those things that we believe we should start doing. (But, hey, Netflix is not going to binge itself.) But that’s the point:

This is a good time for me to reconsider what I’m doing with my time.

Paul wrote that we should, “consider carefully how you live” (Ephesians 5:15a NET). If I’m considering something carefully, it isn’t an afterthought or a task I can perform while multitasking. Considering carefully requires my undivided attention and intention.

“Taking advantage” or “making the most” of every opportunity means seizing opportunities when they arise. We can’t just let them pass us by. But it also means creating opportunities by thinking about and planning how we are going to use our time wisely.

That makes sense, and this is the point in the conversation when I begin telling myself that I should be doing things that I’m not doing, and then I start feeling a little guilty about it. But, here’s the thing:

It feels bad to feel guilty, but that, in and of itself, is just wasted time and energy... unless we actually do something about that feeling. “Sadness as intended by God,” (or “Godly sorrow” in the NIV) as Paul calls it in 2 Corinthians 7:10, leads to “repentance to salvation, which brings no regret.” So, if I’m feeling guilty and I don’t use that to bring about a change, I’m wasting that time, which will likely lead to even more guilt and regret. If you’re feeling guilty, don’t ignore it. Do something. Take action.

If you don’t, there’s a good chance that, eventually, compounding guilt will become shame. And, guess what? Shame doesn’t change anything, either. In fact, shame just causes us to feel worse about ourselves, and that causes us to have even less energy and motivation to take action.

So, if you’re reading this and you’ve got some guilt about some things you need to change, I want to encourage you to start making that change. Don’t just decide to make a change (eventually) - because deciding to do something doesn’t make it happen, either. You know what makes change happen?

Change. Doing something - even little things - begins a course of change.

If you’re looking for some good places to start, stay tuned to this space; we’ll post suggestions every once in a while. And, here’s the first one:

In Philippians 4, Paul tells us to, “not be anxious about anything” (6a).

OK; thanks, Paul. Isn’t that kind of like saying, “don’t look down?” That feels obvious and unhelpful at the same time. But Paul keeps going; he says, instead of being anxious about whatever-you’re-anxious-about - if you find yourself being anxious, let that anxiety be a reminder to you to take action: “through prayer and petition with thanksgiving, tell your requests to God” (6b).

So that seems like a good place to start; for some of us, in some seasons of our lives, it feels pointless to “just pray about it” - but remember this: when you’re struggling to take action, even a little action in the right direction is better than no action at all. Paul’s prescription here is not to just pray, but to petition - which means being very direct and clear with what you’re requesting - and to surround your requests with thanksgiving - not just thanking God for what he will do, but, also, for what he has done. And for who he is. Thanksgiving might be a struggle in this season, but it is important.

And, of course, it might be helpful to remember what Paul says will happen if you follow his advice:

“...the peace of God that surpasses all understanding will guard your hearts and minds in Christ Jesus” (Philippians 4:7).

God's peace, and his protection of our hearts and our minds, is exactly what we need when our worries, concerns and anxieties are overwhelming our senses. In John 14:27, Jesus promised peace - real peace, his peace - to his disciples, then he said, " Do not let your hearts be distressed or lacking in courage."

"Distressed" in Greek is tarass? , and it means to agitate or stir up something by the movement of its parts, like the rolling and tumbling of boiling water. If you've never watched water boil, you should do that.

Fascinating, right? Did you notice how the rolling boil starts? Just a few bubbles. Just a blip here and there. But those few bubbles become a few more, and a few more, until the entire pot is rolling and tumultuous.

Jesus and Paul aren't telling us that our feelings don't matter. They aren't saying that our fears and anxieties are unimportant or that we should just ignore them or push them down and deny them. Nor are they telling us to muster ourselves and overcome our fears by our own will. Neither of them are even suggesting that we should be able to conquer our own fears.

Instead, very explicitly, they are telling us to lean on God’s strength and character by being obedient to his gentle calling, and he will respond. He will draw near (James 4:8) and provide us with his peace, which, by the way, surpasses all understanding and, at the same time, makes all the difference in the world.

In this moment or season, what do you need from God? Be specific, honest, and vulnerable with him. He can take it.

What has God done for you that you can be thankful for?

Finally, what characteristics of God are you most thankful for right now?